Almost every day, Google changes its algorithm. Normally in a year, there are about 550 to 600 minor and major changes. Many small changes are not even noticeable. In this article, we are going to focus on some of the major algorithms.

1.Caffeine (launched on 10 August 2009)
Caffeine was an update that not many people were even aware of. There was a major rewrite of the Caffeine algorithm. Caffeine focused on the freshness of articles and it analyzes content on the web and updates-indexes. Whenever any blogger or organization updates new content on the website. This algorithm index is really very fast, after this algorithm was updated anew and the indexing of the new one was getting very fast.

2-Panda (launched on February 24, 2011)
This is the main algorithm that devalues duplicate or thin content. If there is a blog or website which has copied content on it, then that particular website will not get the desired result or ranking as it will be considered as inferior content.

Penguin ranks sites that have irrelevant or unwanted links. Often, there are many backlinks to sites that are of low or spam quality, which can degrade your website later. On 23 September 2016, Google announced Google Penguin, which is a part of the core algorithm, which means it works in real time.


4- Exact match domain (launched in September 2012)
Previously, your website would drive more traffic if your main keyword matches the exact domain name, and based on that, the company was used to get the ranking. For example, if someone wants to buy power tools and the keyword is ‘buying power tools’, your exact domain would be ‘BuyPTTools.com’. Because of this, people used to build websites and never post or think of it regularly. That domain will not make it stand out. 1 ranking but then in 2012, Google launched EMD to devalue sites that are actually of low quality.

Google understands the intention and interest of the people and based on that, it gives high quality results. For example, if there is one type of motor driving school in Mumbai, they get accurate results based on your major searches.

It is also called mobile update. If your site is not mobile-friendly, people who search for your site on Google through their cell phone will either not find you there or they will find it difficult to open the website page resulting in no information that Google Can’t even bear it because netizens are customers for Google and Google never wants its customers to experience low quality results. So to get good ranking on mobile, companies started making sites mobile friendly.

RankBrain is the third most important ranking signal behind content and links. It works on Artificial Intelligence in which machines act like humans and whatever you type on Google, it interprets the query and gives instant response directly due to this algorithm.

It shows local results based on the location of the visitor. If someone checks your location after checking your location, then he has the best result for you to sort your query.

Many times people have to face the worst reading experiences on the website due to pop-up ads. Ads are almost everywhere on such sites, be it in the top or middle or bottom and because of this the content is less visible, so to target such sites, FRED algorithm is used by Google. 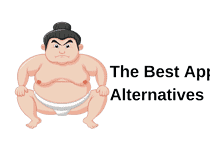